The third competition day started with the usual laid-back attitude.
At noon the thermal wind shifted to the regular wind direction earlier then expected, which was a good sign for some racing in the afternoon. And So it was,  with less clouds, more sunshine then yesterday and the excitement level to the max, as competitors head out for the first time during this scheduled event in winds from 11 to 13 knots. 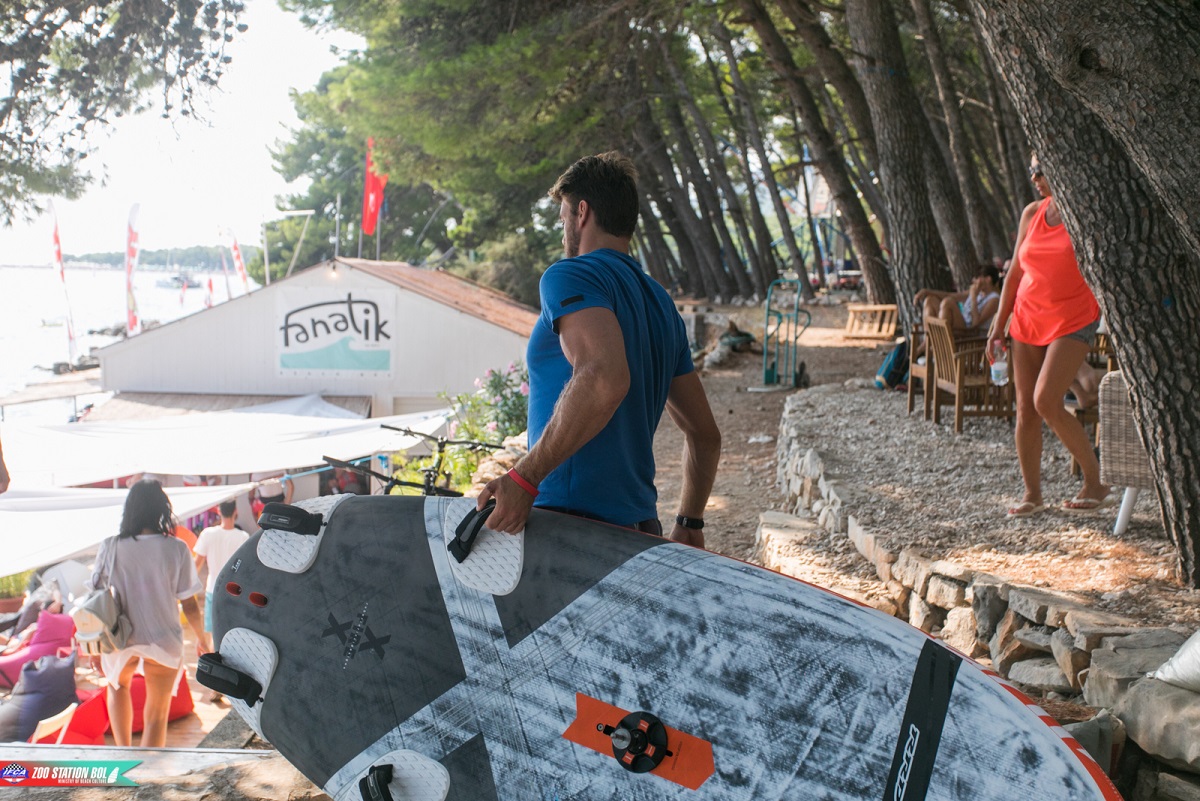 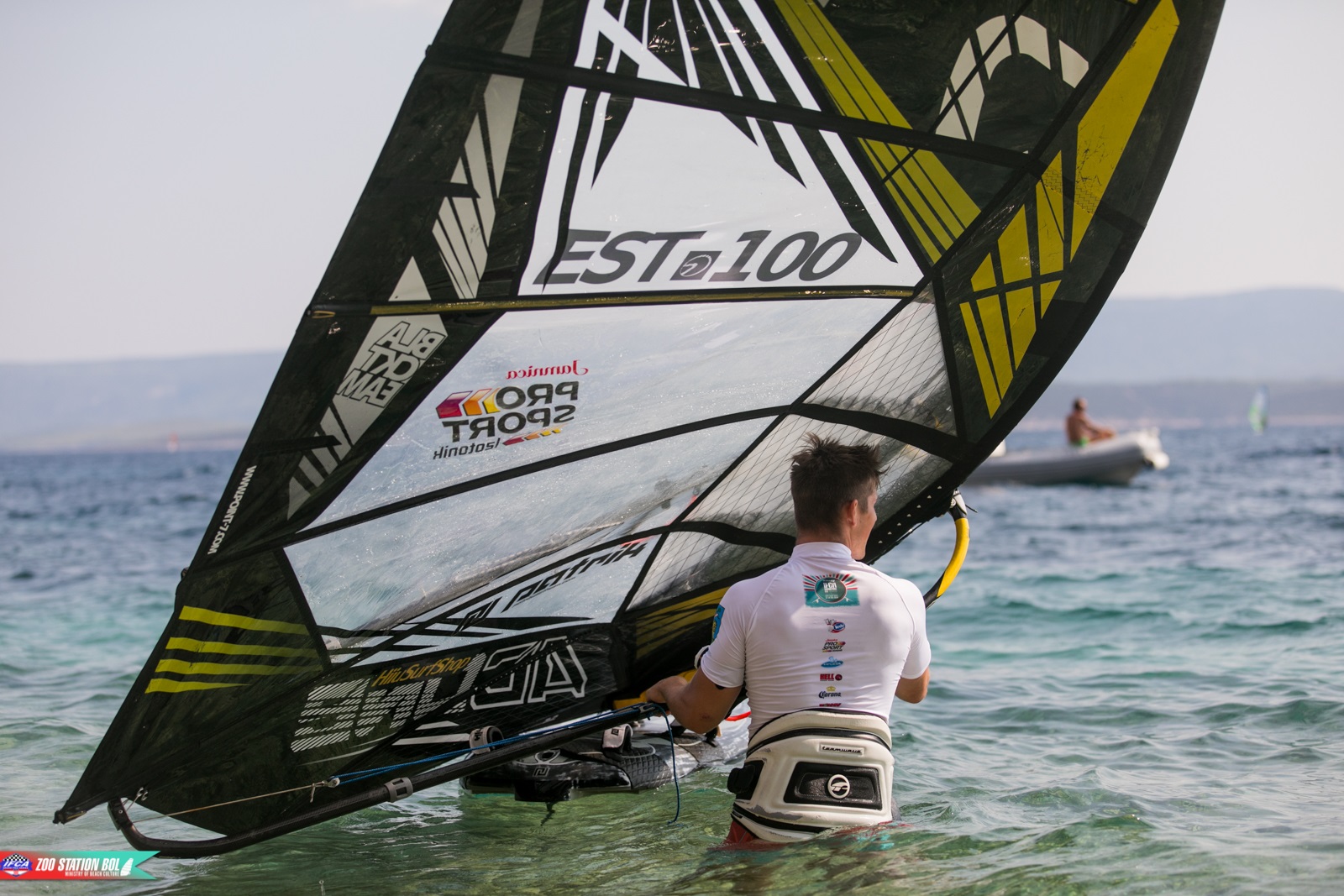 The Women completed 1 full fleet race.
Brigita Viilop takes first victory and in second place Nazli Urenli from Turkey who made her IFCA event debut at the previous Youth and Masters Slalom World Championship in Lake Garda Italy earlier this summer. On third position we have one of the strongest Croatian female competitor Katarina Pelivan.

Missing out was Carmen Geelkens who struggled timing her start in the tricky conditions of today. 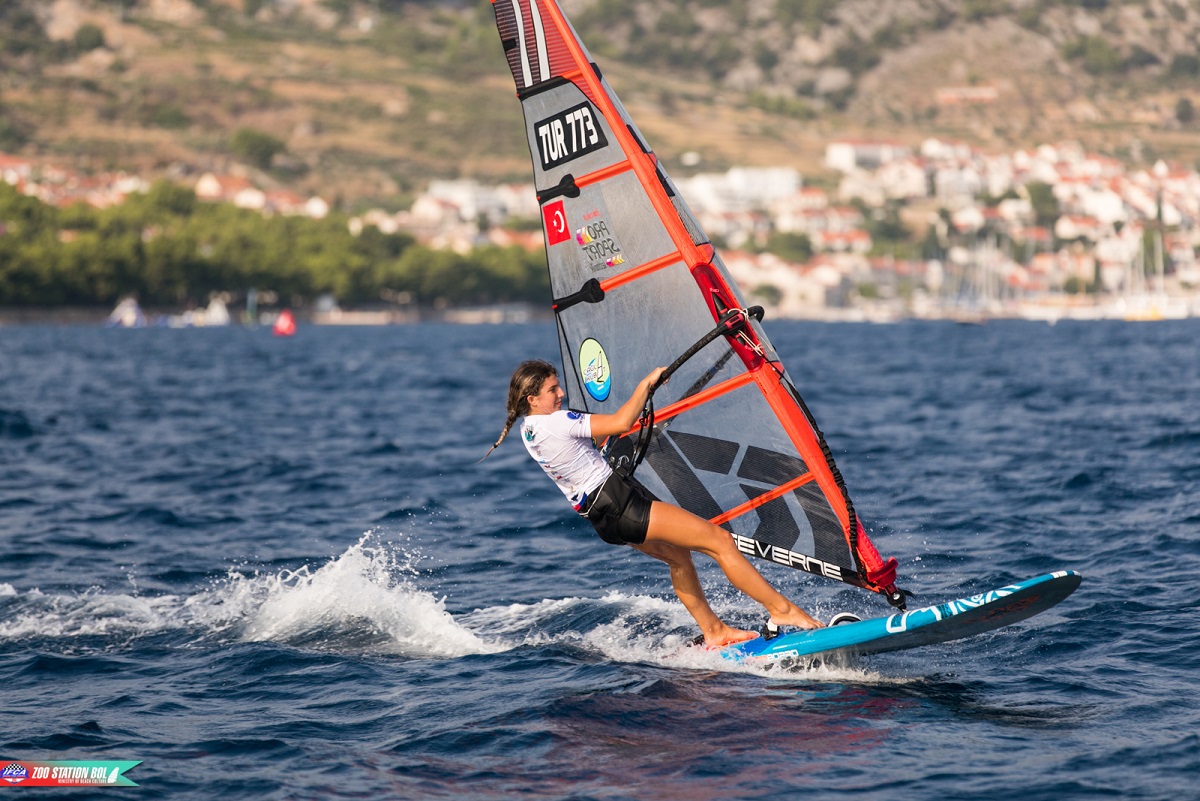 Men & Masters completed 5 heats of the first elimination, heat 6 was canceled several times. The wind was getting more and more unstable by the end of the afternoon which caused for difficulties. The wind measurements were down to 9 – 11 knots with no signs of improvements. 3 Croatians LUKA MRATOVIC, ANTE BERLENGI and MARKO SEKULIC, joined by the experienced Italian BRUNO MARTINI already managed to place their spot in the A Final. 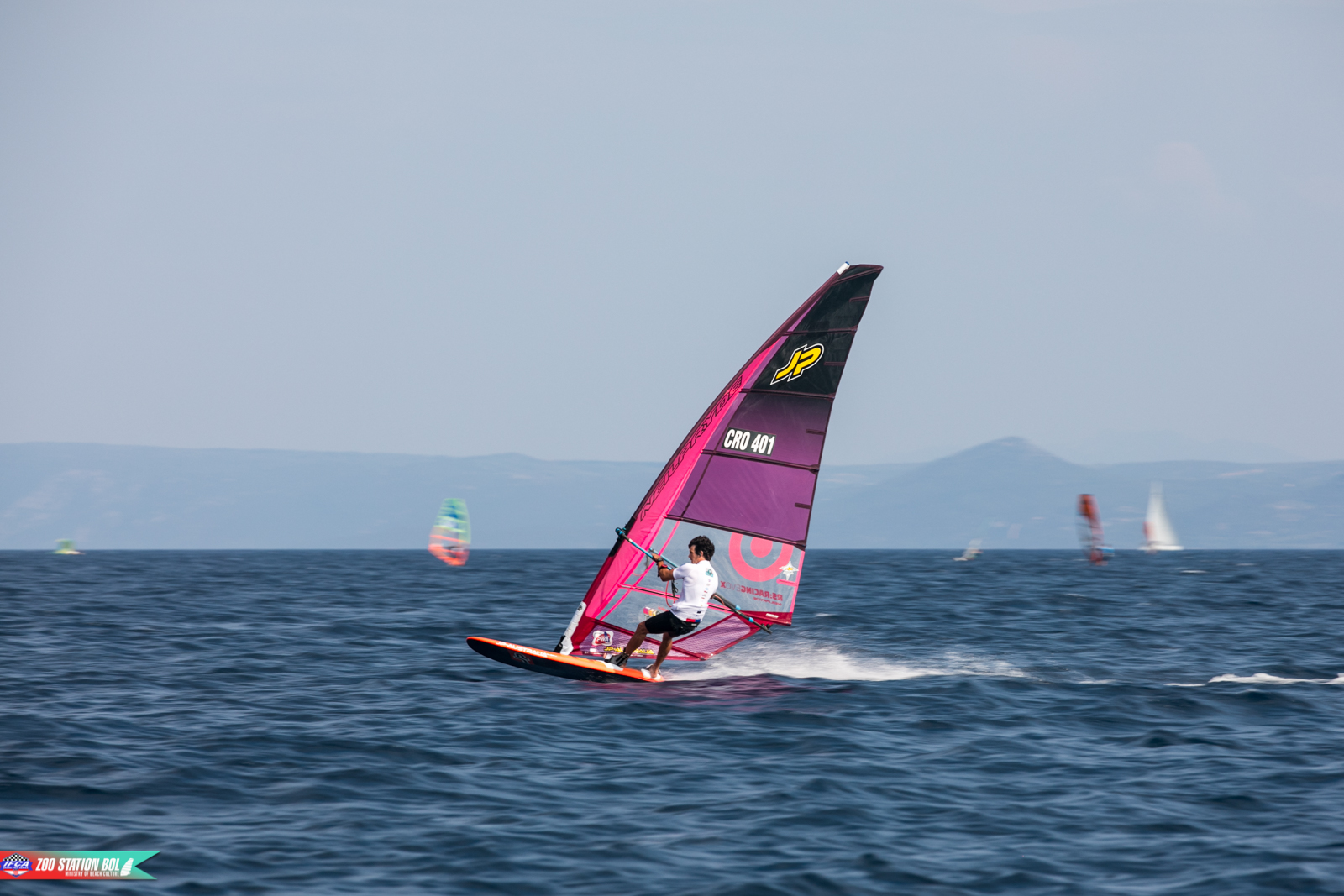 The Youths could sail the first 2 heats of the first elimination.
The A Final contains some of the strongest youth competitors including the 2018 IFCA Slalom Youth World Champion DAMIEN ARNOUX from France and the Multiple IFCA Slalom Champion FRANCESCO SCAGLIOLA from Italy. We expect the Finals to be very exciting ( hopefully in the next days ) 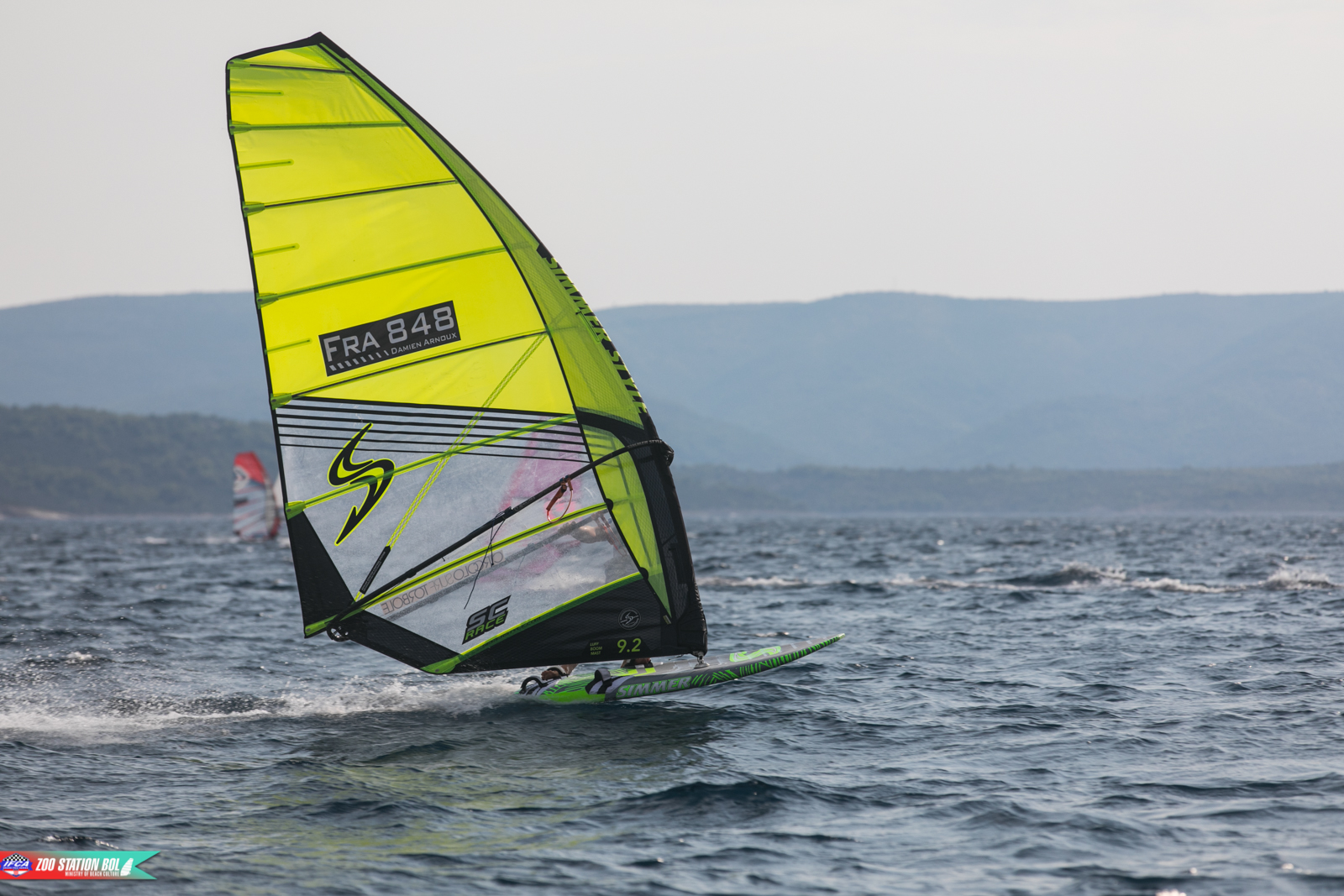 Tomorrows skippers meeting is at 10:00