Some competitors were out testing their biggest equipment, but unfortunately the winds did not last too long.

The second competition day started with the scheduled skippers meeting at 10am. The conditions were unsuitable throughout the day and the competitors were having a pretty laid-back day. 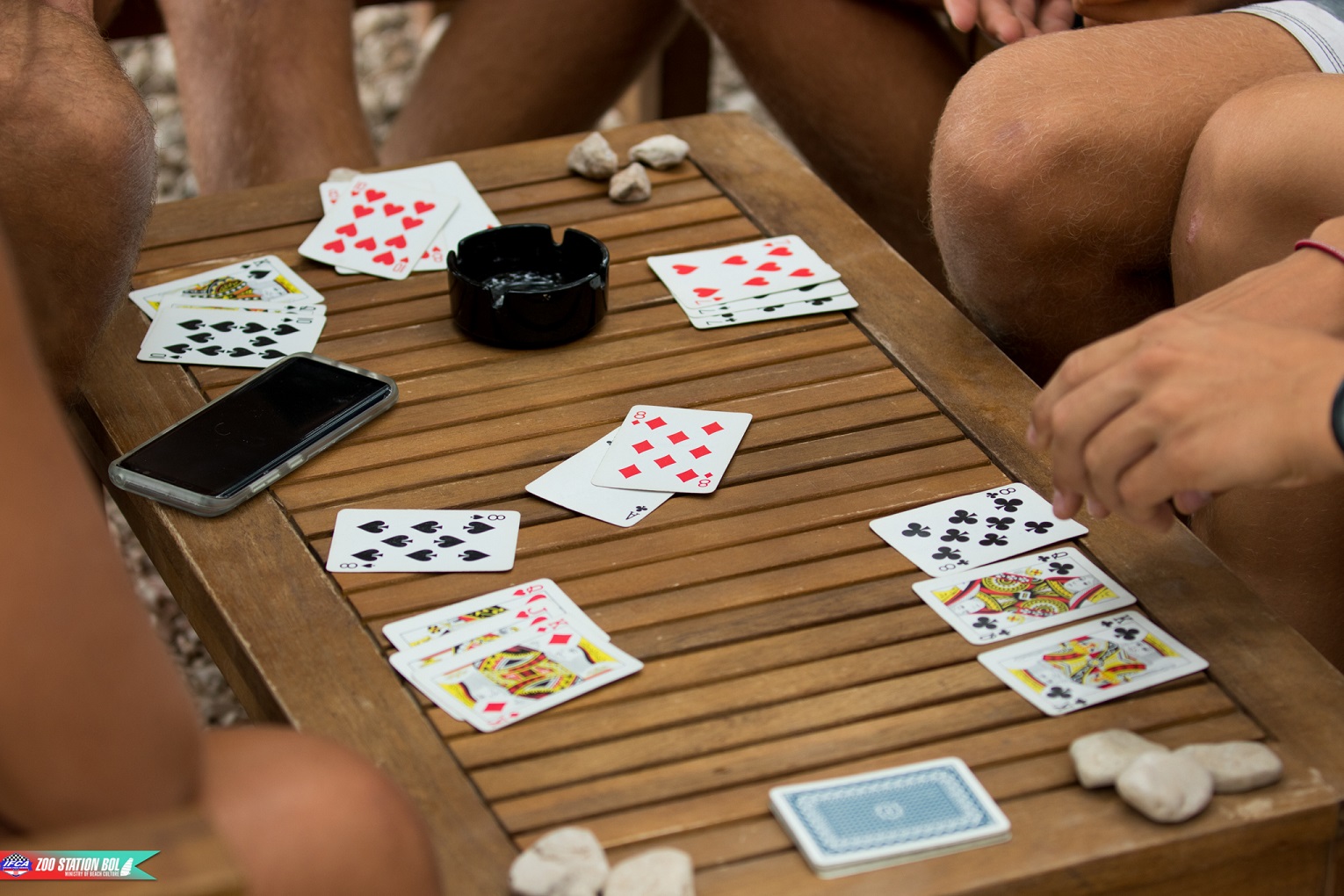 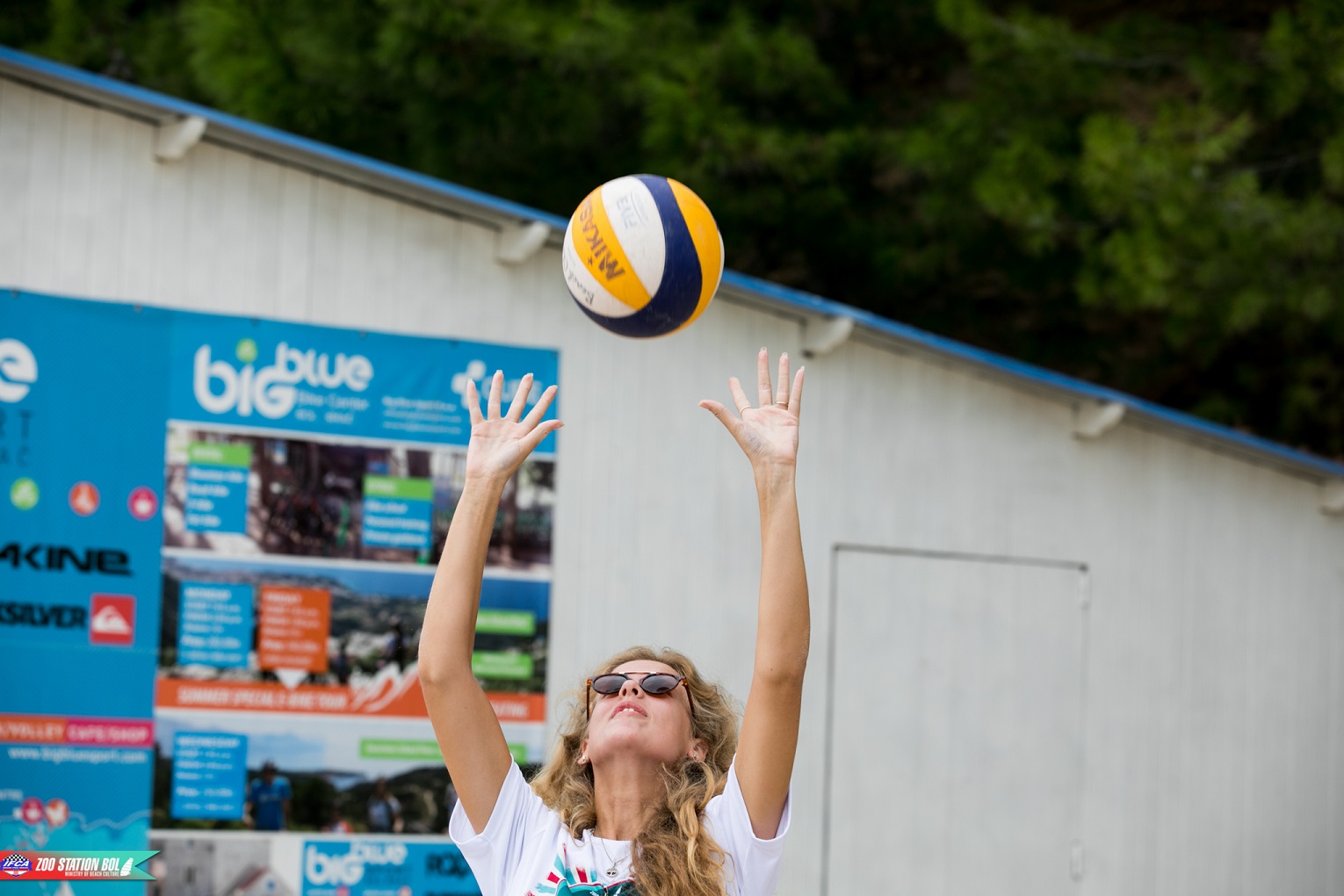 In our Day 2 Video Recap we have Carmen Geelkens from Aruba, who is on her first international slalom competition.

In the very late afternoon, there seemed to be a little hope.
The thermal wind was finally starting to blow from the right direction. The water crew was ready and everything else was being prepared encase the wind would be strong enough to start with the races. Some competitors were out testing their biggest equipment, but unfortunately the winds did not last too long. 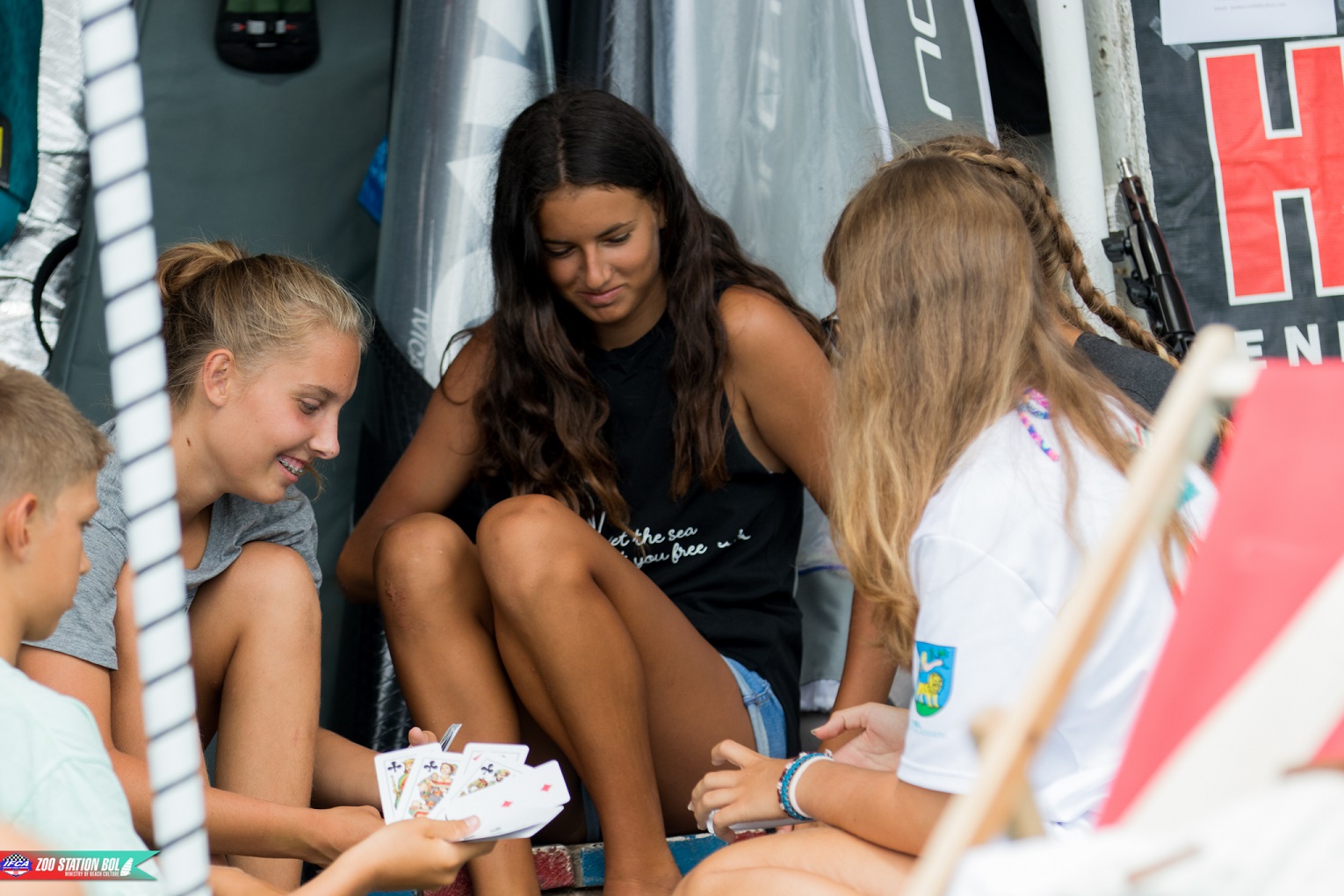 The end of Day 2 was announced by the Class Representative with approval from the Race director and it was time for some happy hour at the NOA Beach Bar.