After a very hot morning on day 2, the thermal winds of the Adriatic luckily kicked in a bit earlier than yesterday. At 14:00 the AP flag went down so that we could pick up the races where we left off yesterday – with the B Finals of the Men. After a General Recall because of an over early start of one of the competitors, the results could be completed to create elimination 2. 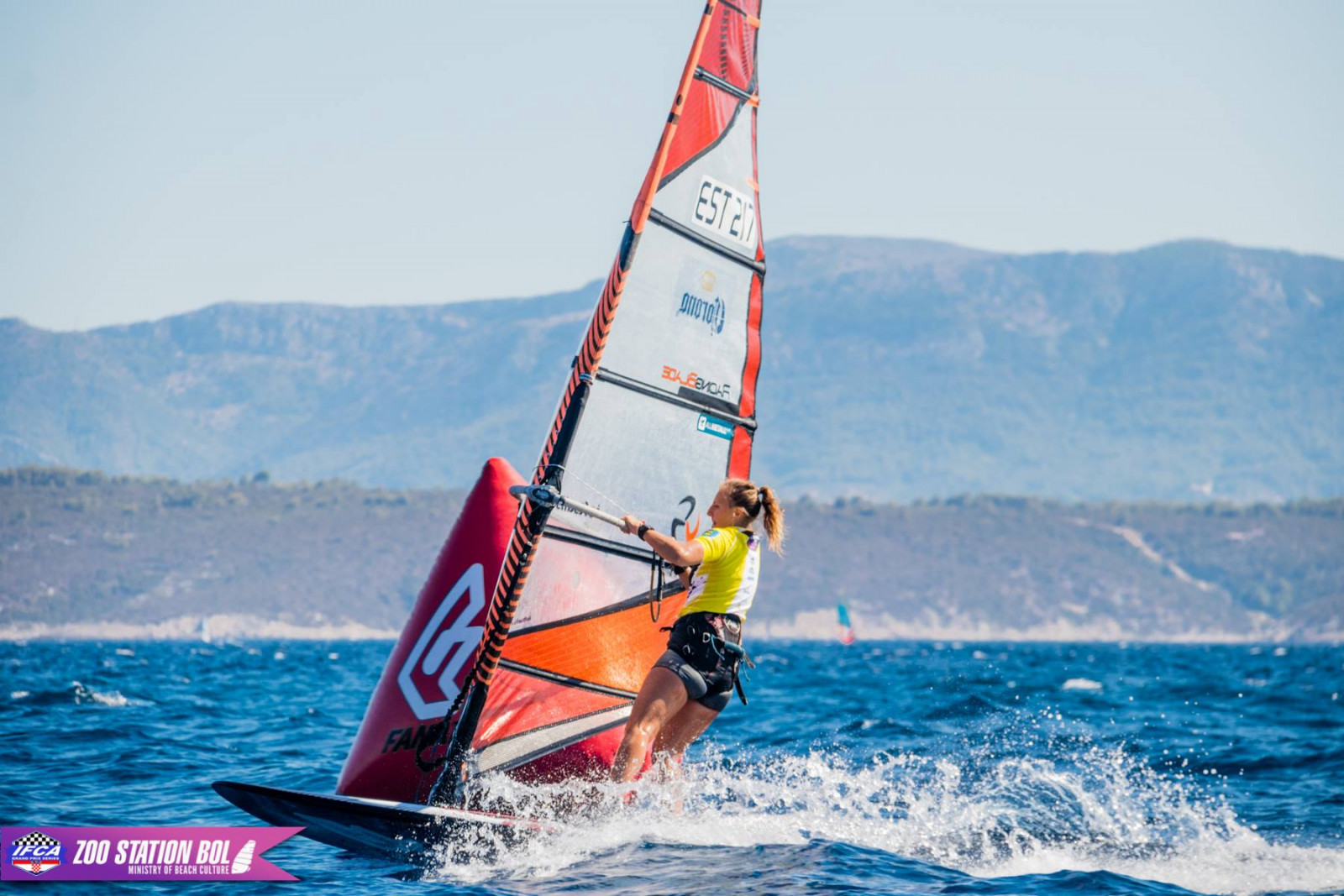 In today's Women's racing we saw a few premature starts in the early races. Brigita Viilop from Estonia was again the strongest sailor throughout the day, claiming victory after victory, followed by BIC Techno and RS:X sailor Palma Cargo. Croatian Katarin Pelivan showed strength today, coming in third in eliminations 4, 5 and 6. National slalom leader Vedrana Brncic fell back a little before catching up again in elimination 7, crossing the finish line in second.

The wind dropped a little around 15:30 but was steady enough to continue the races back-to-back, with only minor interferences such as sail boats and yachts crossing the race course during the busy summer days here in Bol. 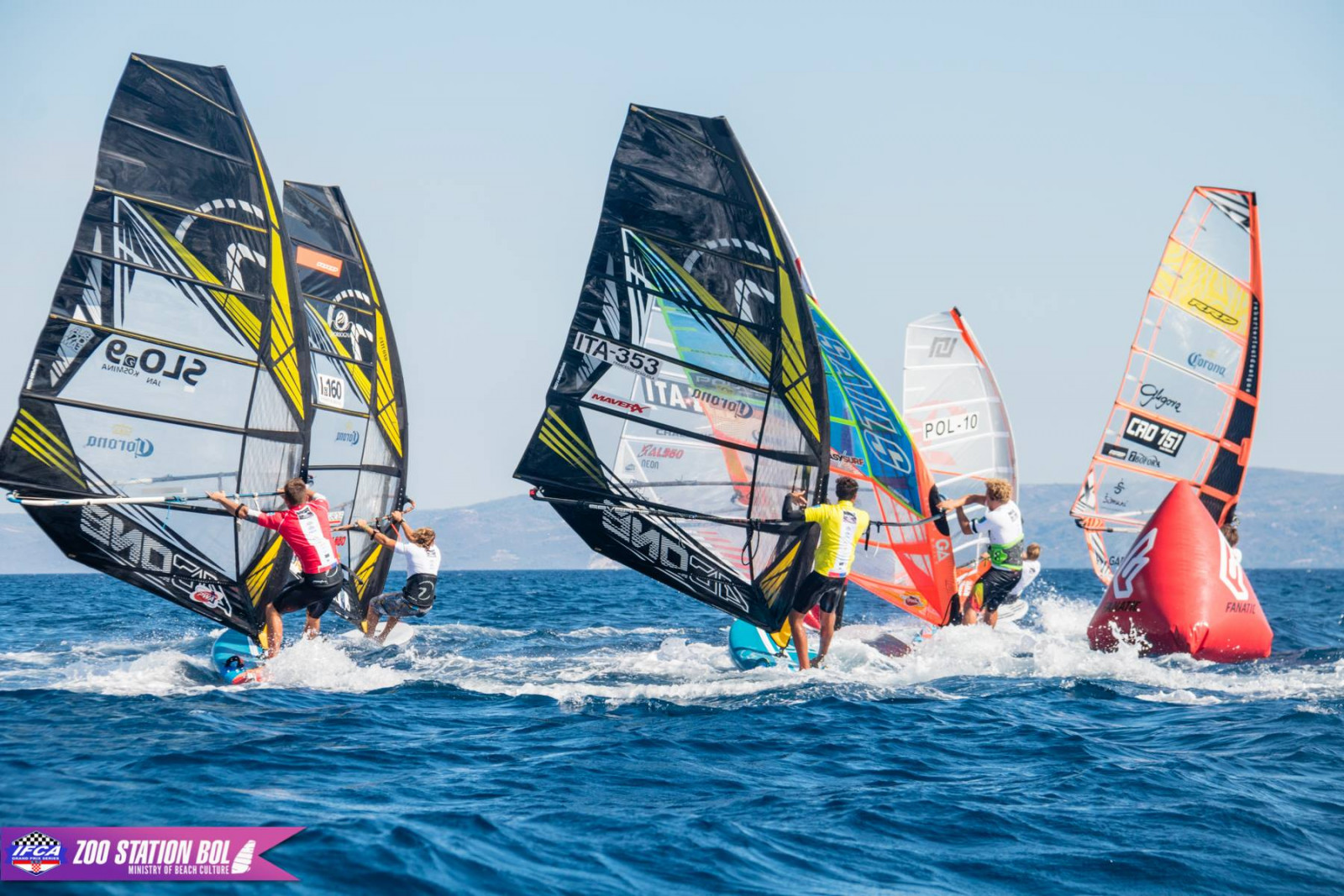 In the Men's races the Polish Maciek Rutkowski made a great comeback after yesterday's mistake (not being able to finish the A Final), winning all of his Heats and advancing to 4th place in today's A Final. Andrea Ferin from Italy and Slowenian Jan Kosmina kept their consistent performance today and remain in the Top 5. Polish multiple Formula Windsurfing Champion Wojtek Brzozowski showed great performance as one of the heaviest sailors, pumping his way through with a 9.6m² sail and finishing second in elimination 2. Yesterday's event leader Francesco Scagliola still has a chance as he managed to place himself in the finals of elimination 3, which is among the first Heats scheduled for tomorrow's races. Enrico Marotti won elimination 2, showing he is not one to mess with.

Enrico and Francesco already having first places in eliminations 1 and 2 could only make tomorrow's A Final a very exciting one.

The thermal winds were great again today, the Women did 7 races, the Men continued with elimination 2, followed by a third, which was forced to a hold at the C Final due to a lack of wind at the end of the day.

A dinner is scheduled for the competitors tonight at T Zoo Station Windsurfing Center.

Tomorrow's skippers' meeting is at 11:00 and we can't wait to see what will happen in the A Final of elimination 3.